Natixis’ ambitions for CIB, set out in the New Dimension plan, imply notably to pursue the international rollout of its key franchises, to leverage the sector expertise developed in structured finance and strengthen the relationships with clients operating in four selected sectors, and to increase the footprint in the insurers and financial sponsors client segments. In order to support these objectives and to strengthen the Originate To Distribute strategy, Natixis announces the following recruitment and appointments: Luc François began his career in 1986 at IBM before joining Société Générale in 1988 where he held several positions before being appointed Global Head of Equity and Equity Derivatives in 2007. He joined Morgan Stanley in London in 2008 as Head of Equity Derivatives and European Equity. In 2011, he was appointed Global Head of Derivatives. In 2012, Luc François joined Natixis as Head of Global Markets.

Anne-Christine Champion began her career in 2002 at CDC IXIS Financial Engineering, where she handled the execution and origination of infrastructure financial advisory and arranging mandates. In 2009, she was appointed Head of Project Finance for France, Germany and Benelux. In 2012, she became Global Head of Infrastructure & Projects. Since 2016 Anne-Christine Champion has been Global Head of Portfolio Management.

Anne-Christine Champion, aged 42, is a graduate of Ecole Normale Supérieure de Lyon, she holds a Master in Solid State Physics and an MBA from Collège des Ingénieurs.

Olivier Delay began his career in 1992 at Crédit Lyonnais London where he worked as Agent on the Eurotunnel transaction. In 1994, he joined the Infrastructure Project Finance department in Paris. In 2001, he became part of Calyon’s North American Project Finance team in New York where he successively headed up the Project Bonds and the Long-Term Asset Securitization teams. He joined the Natixis New York Debt Platform team in 2008 and became Head of Project Finance for the Americas Platform in 2011. In 2013, he was appointed Head of Aviation, Export & Infrastructure Finance in the Americas Platform. Since 2015, Olivier Delay has been Global Head of Aviation, Export & Infrastructure Finance.

Olivier Delay, 49, graduated from the EDHEC business school and the London School of Economics.

Dominique Fraisse began his career in 1989 at Banque Française du Commerce Extérieur where he held the position of account officer in the commercial banking department. He was then appointed Head of South-East Asia at the International Division in 1992. In 1997, he became Head of Commodities South America at Natexis in Sao Paulo, and was appointed Global Head of Metals for Natexis Banques Populaires in 2001. In 2007, he was appointed Deputy Head of Global Energy & Commodities at Natixis.  Since 2013, Dominique Fraisse has held the position of Global Head of Energy and Commodities.

Thibaut Le Maire began his career in 1990 at the Acquisition Finance department at Banque Paribas. In 1991, he joined JP Morgan in London as Head of FIG Public Sector Group EMEA. In 2005, he joined Société Générale in Paris as Senior Banker & Head of Insurance Europe and then in 2009 was appointed Group Chief Risk & Capital Officer at Prudential Group in London. In 2011, he became Senior Banker & Vice-Chairman FIG at HSBC Global Banking & Markets in London. Since 2017, Thibaut Le Maire has been CEO of @Peak of which he is the Founder.

Edith Avilés de Kostes began her career at Chemical Bank/Chase Securities where she worked for 11 years in various groups including Acquisition Finance and Financial Sponsor Coverage. Then she joined BNP Paribas, where she worked for more than 12 years in Leverage Finance, Financial Sponsor Coverage and most recently as Regional Head of CIB Latin America (ex. Brazil) and Country Head of Mexico. Edith Avilés de Kostes joined Natixis in 2017 as Head of Coverage Americas.

Edith Avilés de Kostes holds an MBA - Finance from The Wharton School of the University of Pennsylvania; an MA in Latin American Studies – Economics from Stanford University; and a BA in Economics from Bryn Mawr College.

Imed Ben Romdhane began his career at an international law firm, followed by 12 years at Crédit Lyonnais, later Calyon, from 1992 to 2004, where he was Head of structuring then Managing Director of the Financial Engineering department. He joined Natixis in 2005 to set up the Financial Engineering department within Structured Finance. From 2009 to 2012, he was Global Co-Head of Acquisition & Strategic Finance. In 2013, Imed Ben Romdhane was appointed Global Head of Financial Sponsors Coverage. 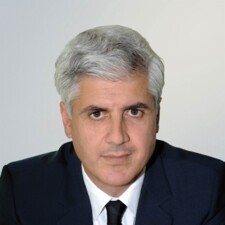 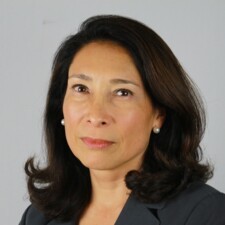