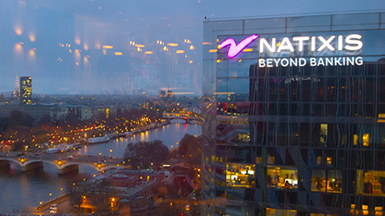 Mohamed Kallala, Global Head of Investment Banking, is appointed Global Head of Global Markets as of March 1st, 2020. He replaces Luc François, who will be leaving the company to undertake new professional projects.

Mohamed Kallala started his career in 1993 as an ALM trader for BNP Paribas before being appointed Head of Mergers and Acquisitions at Crédit Agricole Indosuez in 1995. In 2000, he joined the Global Equities department as Head of the Corporate Finance business before joining Natixis in 2005 to head up Corporate Finance Real Estate. In 2010, he was appointed Head of Real Estate Finance before becoming Global Head of Investment Banking at Natixis Corporate and Investment Banking in 2016.

Alain Gallois started his career in 1992 in the Financing and Treasury department of SNCF. In 1994, he joined Compagnie Parisienne de Réescompte (CPR) as a trader on money market products before becoming successively Head of Corporate Investor Relations on Fixed Income Products, Head of UCITS and Head of Bond Origination. In 1999, he moved to Natexis Banques Populaires (now Natixis) with responsibility for Bond Origination. In 2003, he became Chief Origination Coordinator for Debt and Equity business and in 2009 he was named Head of Primary Markets within Natixis’ Fixed Income & Commodities business. In 2012, he became Global Head of the Debt Platform and Head of Fixed Income & Treasury Sales. In 2015, he took up the position of Global Head of Fixed Income before being appointed Head of Corporate & Investment Banking, Asia Pacific, in 2016.

before joining PriceWaterhouseCoopers, where he oversaw financial audits and corporate finance projects in the Telecoms sector. He moved to Natexis Banques Populaires (now Natixis) in 2001 as Relationship Manager in charge of coverage for European mid-caps. In 2005, he joined the Commodities department and was appointed in 2008 as Head of the CIS Metals Producer team, then as Head of the Agri-Commodity department in 2010. In 2013, Bruno was appointed Head of Structured & Asset Finance, Asia-Pacific, for Natixis Corporate and Investment Banking, based in Hong Kong, before becoming Head of Global Finance, Asia-Pacific, in 2016.