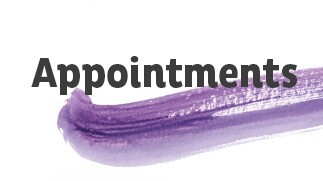 Olivier Bouvet began his career in 1995 with BNP Paribas, first in accounting consolidation then as Management Controller. He subsequently joined General Electric Capital Bank as Treasury Analyst (1999-2000), before joining CDC IXIS AM as a Management Controller for the group, then Deputy Treasurer for the Group (2000-2006). In 2006, he joined Natixis Asset Management (now Ostrum Asset Management) where he successively held the positions of Deputy Chief Financial Officer and Chief Financial Officer. In 2017, Olivier Bouvet joined Natixis Wealth Management as deputy CEO. He is also a director at the Luxembourg branch of Natixis Wealth Management and of VEGA Investment Managers.

Christophe Lanne began his career in 1990 at internal audit in the Banque Indosuez before going on to join market operations in 1995 in Paris and London. In 2002, he moved to Tokyo to take up the position of CEO at Crédit Agricole Indosuez Securities, Japan. In 2005, he moved on to Credit Suisse as Managing Director and COO. In 2010, Christophe joined Natixis as Chief Operating Officer, Corporate & Investment Banking and a member of the Executive Committee. He then became Head of Portfolio Management and Global Transaction Banking, before being appointed Natixis Chief Risk Officer. Since 2017, Christophe Lanne has been Head of Transformation and Talent for the Asset and Wealth Management division and Chairman of the Boards of Directors of Natixis Wealth Management and its subsidiaries.

A subsidiary of Natixis backed by Groupe BPCE, Natixis Wealth Management develops and implements wealth and financial solutions adapted to the needs of clients who wish to increase the value of their estate and organize their assets. Serving business owners, senior management and holders of family estate, the company operates in France and Luxembourg. Natixis Wealth Management numbers over 470 employees and manages €30.7 billion(1).

To find out more, visit www.wealthmanagement.natixis.com