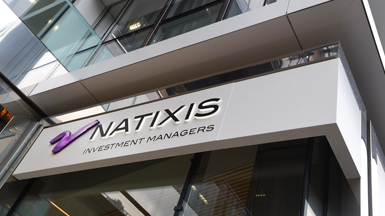 The report explores the findings from 17 CEOs, market strategists and economists from across Natixis Investment Managers and its affiliated managers about what investors might expect in the 2nd half of the year. The survey marks the first time this group has been polled together.

The survey was completed in July, just before the latest flare-up in the trade negotiations between the US and China. However, despite 2 years of counter-punching between the two global superpowers, often impacting global markets as it did at the beginning of last week, spill-over effects from the trade war ranked only second to a messy Brexit as the biggest downside risks to the global economy. However, respondents were much less concerned with the possibility of recession, citing “a US and/or global recession” as the least likely downside scenario.

1 Calculated average of the likelihood on a 1-5 scale with 1 being least likely and 5 being most likely. Natixis Investment Managers Midyear survey conducted by CoreData Research, June 25-July 8, 2019.

The survey respondents have a general lack of enthusiasm for upside potential. Notably, few anticipate any positive Brexit scenarios and, while some hold hope that new central bank accommodations could drive a rebound in growth, just as many believe it is unlikely to work. More significantly, those surveyed did not foresee accelerating global growth or equity earnings in the next six to twelve months.

“The survey results clearly show that, in aggregate, our respondents don’t see a lot of positive market catalysts on the horizon – nor do they see a recessionary worst-case scenario as very likely in the near term. It’s a kind of a ‘muddle through’ outlook,” commented Esty Dwek, Head of Global Market Strategy, Dynamic Solutions, Natixis Investment Managers.

She continues: “After a dismal end to 2018, equities and bonds rallied in the first half of 2019. Performance to date has been driven largely by the hopes of new rounds of central bank easing but, as what the market hoped for comes closer to reality, market strategists across the Natixis family find little to get excited about. Perhaps the best news is that despite projections for lacklustre performance, they are not calling for a dramatic retreat from the impressive gains. After the stinging losses in Q4 2018, maybe ‘meh’ is something to be excited about after all.”

2 Calculated average of the likelihood on a 1-5 scale with 1 being least likely and 5 being most likely.  Natixis Investment Managers Midyear survey conducted by CoreData Research, June 25-July 8, 2019.

With a strong expectation of Fed rate cuts on the horizon, Natixis strategists are most bullish on US Sovereign bonds, followed by emerging market equities, global REITs and emerging market bonds of all types (hard currency, local currency, and corporate). The common thread running through these bullish forecasts is accommodative central bank policy and ample global liquidity. In turn, respondents are most bearish on cryptocurrencies, UK stocks, US high yield and bank loans. 3 Weighted sum of bullish responses (>5) minus bearish responses (<5) for each asset class based on a 1-10 scale (1 = most bearish, 10 = most bullish) with 5 being neutral. Natixis Investment Managers Midyear survey conducted by CoreData Research, June 25-July 8, 2019.

Across asset classes, the survey found that:

About the Natixis Investment Institute

The Natixis Investment Institute applies Active Thinking® to critical issues shaping the investment landscape. A global effort, the Institute combines expertise in the areas of investor sentiment, macroeconomics, and portfolio construction within Natixis Investment Managers, along with the unique perspectives of our affiliated investment managers and experts outside the greater Natixis organization. Our goal is to fuel a more substantive discussion of issues with a 360° view of markets and insightful analysis of investment trends.

Headquartered in Paris and Boston, Natixis Investment Managers is a subsidiary of Natixis. Listed on the Paris Stock Exchange, Natixis is a subsidiary of BPCE, the second-largest banking group in France. Provided by Natixis Investment Managers International – a portfolio management company authorized by the Autorité des Marchés Financiers (French Financial Markets Authority - AMF) under no. GP 90-009, and a public limited company (société anonyme) registered in the Paris Trade and Companies Register under no. 329 450 738. Registered office: 43, avenue Pierre Mendès-France, 75013 Paris.

1 Cerulli Quantitative Update: Global Markets 2019 ranked Natixis Investment Managers as the 17th largest asset manager in the world based on assets under management as of December 31, 2018.

2 Net asset value as of June 30, 2019. Assets under management (“AUM”), as reported, may include notional assets, assets serviced, gross assets, assets of minority-owned affiliated entities and other types of non-regulatory AUM managed or serviced by firms affiliated with Natixis Investment Managers.