Groupe BPCE announces the appointment of Laurent Benatar as Deputy Chief Executive Officer, member of the General Management Committee in charge of Transformation and Business Efficiency. He will be responsible in particular for the Group’s Information Technology.

In addition, Jean-Yves Forel, Deputy Chief Executive Officer, member of the General Management Committee, will assume responsibility for the development of retail banking business in Europe including the strategic thinking regarding the development of Fidor.

Laurent Benatar and Jean-Yves Forel will report directly to Laurent Mignon, Chairman of the Management Board and Chief Executive Officer of Groupe BPCE.

Laurent Benatar, currently Chief Technical and Information Systems Officer for Orange France, is to join Group BPCE in the coming weeks as Deputy Chief Executive Officer, member of the General Management Committee in charge of Transformation and Business Efficiency. He will be responsible in particular for the Group’s Information Technology.

Since graduating from Ecole Polytechnique and Télécom ParisTech, Laurent Benatar has spent his career with Orange, alternating between operational management activities in the technical field and functional responsibilities in the customer service, networks and IT systems areas. From 1999 to 2001, he notably headed the project that led to the launch of Orange’s ADSL internet services in the Ile-de- France region. In 2010, he took charge of Orange France’s IT systems. In 2013, he grouped together all of Orange’s technical activities in France (networks, services and IT systems) under his stewardship, in order to support the rollout of the group’s client-driven strategy. During his career he has been heavily involved in the ramp-up of fixed and mobile networks, major cloud and data centre projects and new high-profile solutions like Open, Fibre and Orange’s 100% digital and community-driven brand, Sosh.

Jean-Yves Forel, Deputy Chief Executive Officer, member of the General Management Committee, will assume responsibility for the development of retail banking business in Europe and for strategic thinking regarding the development of Fidor.

After graduating from IEP Grenoble and obtaining a Bachelor’s degree in Economic Science, Jean-Yves Forel began his career in 1983 at Banque Populaire des Alpes. After a period working in retail banking, he was appointed head of Operations in 1992, then General Manager in 1995. He subsequently joined Banque Populaire Bretagne-Atlantique as General Manager in charge of business development and responsible for managing the business line subsidiaries in 1997.

From 2013 to 2016, Jean-Yves Forel served as a member of the Groupe BPCE Management Board and Deputy Chief Executive Officer, in charge of Commercial Banking and Insurance for Groupe BPCE. Since 2016, he has been in charge of IT, and Transformation and Business Efficiency.

Groupe BPCE, the 2nd-largest banking group in France, includes two independent and complementary cooperative commercial banking networks: the network of 14 Banque Populaire banks and the network of 15 Caisses d’Epargne. It also works through Crédit Foncier in the area of real estate financing. It is a major player in Asset and Wealth management, Insurance, Corporate & Investment Banking and Specialized Financial Services with Natixis. Groupe BPCE, with its 106,500 employees, serves a total of 31 million customers and enjoys a strong local presence in France with 7,800 branches and 9 million cooperative shareholders. 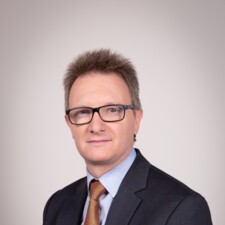 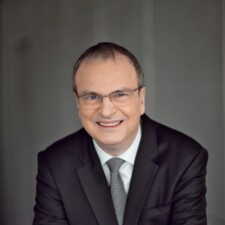