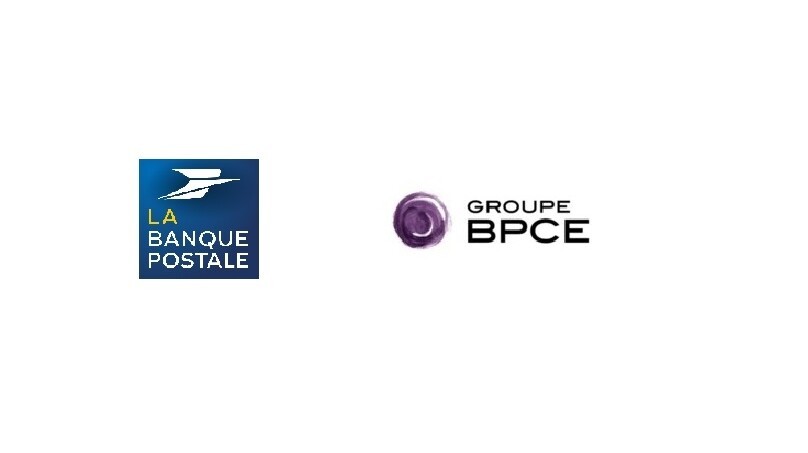 La Banque Postale, a public banking group, and Groupe BPCE are planning to streamline and simplify all their shareholding and industrial partnerships. As initiated by LBP, both parties have signed a memorandum of understanding, subject to obtaining the necessary authorizations from the competent regulatory authorities for insurance or, as applicable, asset management activities or for merger control, and subject to works councils’ consultation process.

LBP and BPCE have also entered into exclusive negotiations in order to simplify their shareholding relationships. In this context, Groupe BPCE, through Natixis Investment Managers (a wholly-owned subsidiary of Natixis), could acquire minority stakes held by LBP in Ostrum (45%) and AEW Europe (40%), with the objective of owning 100% of the capital of these asset management companies.

The two groups have also agreed that they aim to strengthen and extend their industrial partnerships.

On both industrial and commercial sides, for insurance and asset management activities, the two groups intend to continue their current contractual relationships for the benefit of their clients. This reinforcement of the industrial partnerships would notably result in the extension of all distribution and management agreements until 2030.

As part of these transactions, BPCE and LBP also wish to initiate discussions with CNP Assurances with the aim of extending the industrial partnership in savings and protection insurance, currently in force until 2030, to be extended until 2035.

LBP announces its intention to acquire the 21.1% of CNP Assurances’ capital that it would not hold following the acquisition of the 16.1% stake of BPCE by filing a simplified public tender offer for the remaining minority shareholders with the French Autorité des marchés financiers.

By increasing LBP’ stake in CNP Assurances, this project would represent a new step in the creation of the large public financial group announced by the French Minister of the Economy and Finance on August 31, 2018. It would allow for the consolidation of a public bancassurance group, through simplification and integration of the group while preserving the multi-partnership and international model which has shaped CNP Assurances’ success.

The proposed transaction aims at promoting CNP Assurances’ development, both in its domestic and international markets, and would allow a simplification of its governance.

The shareholders fully trust the management team in place to drive the company’s development for the benefit of its partners and clients. They rely on the engagement of all CNP Assurances employees to pursue its success within the public financial group and across the world.

Subject to obtaining the necessary regulatory approvals referred to above and a clearance decision by the AMF, the offer is expected to open during the first quarter of 2022.

Philippe Heim, Chairman of the Board of Directors of La Banque Postale, stated: “We are delighted to write this new page of La Banque Postale and CNP Assurances’ history, alongside our historical partner Groupe BPCE. The simplification of CNP Assurances’ shareholding structure will allow us to reinforce the efficiency of our bancassurance model, and to accelerate its expansion, in accordance with its multi-partnership and international model. I fully trust all CNP Assurances’ employees, under Stéphane Dedeyan’s leadership, and under the chair of Véronique Weill, to support an ambitious development plan alongside the broader group’s teams.

The reorganization of our asset management activities is fully aligned with the logic of our strategic plan: to reinforce our leadership in SRI asset management, while best serving savers, clients of our retail banking network and clients of CNP Assurances life insurance contracts. Finally, the operation offers attractive liquidity to CNP Assurances’ minority shareholders.”

Laurent Mignon, Chairman of the Board of Directors of Groupe BPCE, stated: “This proposed transaction falls within the scope of our simplification project, engaged during the second quarter. It would allow our group to develop its asset management activities, in line with our strategic objectives, through reinforcement of our participation in two of our large affiliates of Natixis Investment Managers, Ostrum AM and AEW. By extending them, the operation is also a logical step in our industrial and commercial partnerships with La Banque Postale and CNP Assurances, and would offer liquidity on our stake at attractive terms.

In the end, the proposed transaction will contribute to support our cooperative banking model at the service of all of our customers, through a simplified organisation, and will reinforce a historical and high quality partnership between our two groups.”

La Banque Postale group, including CNP Assurances, is a leading European bancassurer at the forefront of sustainable finance. With its diversified business model and wide range of affordable products, the Group partners with 20 million individual and business customers. A subsidiary of Le Groupe La Poste, La Banque Postale offers local banking services through 17,000 contact points, including 7,600 post offices, throughout France. 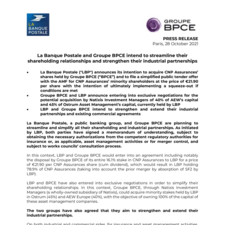