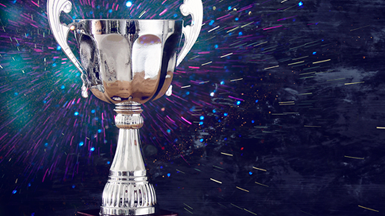 Natixis has been awarded the title of ‘Lead Manager’ for euro-denominated covered bonds by The Covered Bond Report. Natixis’ 2015 title, awarded by the magazine’s panel of judges following a nomination process, comes as recognition of the Bank’s specialist expertise, commitment to innovation and focus on client-centricity, cementing Natixis’ continued position as a European market leader in this asset class.

The Covered Bond Report is an online and bi-monthly magazine devoted to the covered bond market. The publication’s highly-competitive Awards for Excellence recognise deals, institutions and ideas that are deemed best in class and which have contributed to the development of covered bonds over a 12-month period.

Since the beginning of the year, Natixis has led nearly 50% of euro public-sector covered bonds (source Dealogic 15/05/2015) operating in all active jurisdictions, including Australia, Austria, Benelux, Canada, France, Germany, Italy, New Zealand, Spain, Turkey, The United Kingdom and the Nordics. With extensive expertise and an in-depth understanding of both investor and issuer requirements, Natixis is well-positioned to lead the fast-paced growth of the covered bond market. Such growth is likely to be most apparent in emerging markets such as Turkey, thanks to covered bonds’ vital role in refinancing financial institutions and providing liquidity under more favourable conditions.

Natixis’ Global head of Fixed-Income Alain Gallois says “This award comes at an extremely active time for covered bonds, but despite challenging markets and volatility, Natixis’ constant innovation and client focused approach has enabled us to become a leading player in the market. Indeed, our focus now is to maintain our leadership position through continuous quality of issuance, excellent primary lead-managed deals, and expanding our presence within emerging markets.”

Natixis’ market-leading role in the covered bond market is frequently recognized, with recent award wins including: