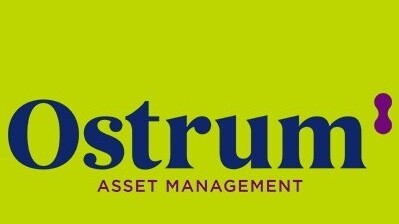 2019 was a year of renewed protectionist tension, an ongoing (and never-ending?) Brexit saga and more sluggish potential growth in both developed markets and China, state experts at Ostrum Asset Management, an affiliate of Natixis Investment Managers. In their view, 2020 should be characterized by a degree of continuity, as growth should continue to slow and the central banks are set to remain ever more accommodative. Against this broader backdrop, diversification will remain the watchword in investors’ pursuit for yield.

Recession unlikely in 2020 despite slowing growth

Philippe Waechter, Chief Economist at Ostrum Asset Management, notes “It is somewhat premature to bank on a shock that would reverse economic trends in 2020”.

The manufacturing sector’s recession – triggered by trade posturing in particular – is admittedly gradually dragging the services industry down, yet a global downturn is not yet fully validated. That said, we do not expect a worldwide stimulus effort on a par with the G20’s efforts in London in April 2009 to turn this lackluster situation around. The world of today is less cooperative, and the approach is less coordinated.

“The role of monetary policy will now be to keep an accommodative slant and curb the risks for the economy, so we can expect interest rates to remain low right throughout 2020” adds Philippe Waechter.

The central banks will not come under any threat from renewed inflation, and volatility as an indicator is merely a reflection of oil price variations: setting aside this aspect, core inflation is poised to remain flat. Figures in the euro area have been fluctuating around the 1% mark since 2013 and this trend primarily reflects adjustments on the labor market and the middle classes’ declining bargaining power.

We will see a more important political dimension in 2020 than 2019, which could affect market participants’ projections. Looking forward, the US presidential election on November 3, 2020 points to a wide range of choices, reflecting a more disparate society. Meanwhile in China, structurally slower growth and events in Hong Kong could dent Xi Jinping’s power. Here on the old continent, the new European Commission will have to garner impetus and drive cohesion if the area is to tackle American and Chinese pursuit of influence. Christine Lagarde will have a key role in fostering momentum in Europe, and her role will likely include more than just a monetary remit.

Central Banks will continue to keep dampener on bond yields

Despite an uncertain backdrop, financial markets have posted strong returns in 2019, with the CAC 40 up nearly 25% this year (at the time of writing). Monetary easing that kicked off in June has forced investors to revisit allocations. “The central banks are keeping a dampener on bond yields” states Axel Botte, Ostrum Asset Management’s Global Strategist. Demand for high yield will remain strong, despite a likely rise in default rates next year. Meanwhile monetary policy in the US will continue to ease. The US public deficit could drag down long-term yields, but the Fed looks set to prevent an overly dramatic rise in interest rates. We expect dollar-denominated emerging debt to be buoyed by a degree of stability on US yields, where we think upside risk is restricted to 2% on the 10-year. Lastly equities should stabilize at a high point, with valuations up considerably and now trading on 14x 2020 earnings. Dividend yield – which stands at 3.5% in Europe – will provide the lion’s share of investors’ overall performance in 2020.

We believe risk perceptions will be lower in 2020, mainly due to i) leading indicators hitting a low, ii) monetary policy to remain highly accommodative and iii) trade tension to ease, although we pay close attention to the impact of the crisis in Hong Kong. With this situation in mind, Ibrahima Kobar, Deputy Chief Executive Officer and Global CIO at Ostrum AM, expects long-term rates to rise only slightly and mainly due to yield curve steepening, with credit spreads widening slightly. However, interest rates are set to remain low and even negative across most European countries over the long run. Looking to the equity markets, stability should be the byword and volatility is likely to remain low with the V2X index at 13%. Ostrum AM’s suggested allocation is therefore based on 65% bonds, 25% equities, and 10% liquid assets with the aim of pursuing yield:

Ibrahima Kobar concludes that it will be important “to keep a diversified allocation approach in 2020. It will be vital to steer cash reserves to leverage opportunities resulting from volatility, which will be a key component on the markets in 2020.”

Ostrum Asset Management’s1 teams have been committed to helping their clients provide for their future and achieve their long-term financial goals for more than 30 years. Our portfolio managers combine high-quality proprietary research with stringent risk analysis at each stage of the investment process driving their decisions to deliver the highest quality outcomes for clients.

Ostrum Asset Management is based in Europe, with a local presence in the United States2 and Asia3, providing a full range of active fixed-income and equity expertise, along with tailored insurance investment management solutions and alternative strategies to address investors’ needs worldwide.

Ostrum Asset Management is a responsible and committed company4, ranking among the leading asset managers in Europe5 with €274.9 billion in assets under management6 for institutional clients, individual investors and distributors.

Ostrum Asset Management is an affiliate of Natixis Investment Managers.

1. Ostrum AM was created by the separation of Ostrum AM’s fixed-income and equity investment management operations into a separate subsidiary on October 1, 2018 (registered on the Paris Trade and Companies Register under number 329 450 738, previously Natixis AM).

2. US via Ostrum AM U.S., LLC, limited liability company, registered as an investment adviser with the SEC.

4. Ostrum AM was one of the first French asset manager signatories to the PRI in 2008. More details; www.unpri.org

2 Cerulli Quantitative Update: Global Markets 2019 ranked Natixis Investment Managers as the 17th largest asset manager in the world based on assets under management as of December 31, 2018.