Meeting today under the chairmanship of Pierre Valentin, the Groupe BPCE Supervisory Board approved the appointment of Béatrice Lafaurie as Head of Human Resources. Béatrice Lafaurie will also become a member of the Executive Management Committee. She succeeds Catherine Halberstadt, who will be appointed Head of the Solutions and Financial Expertise division and replace Dominique Garnier, who becomes Chief Executive Officer of Banque Populaire Alsace Lorraine Champagne.

As from May 22, the Groupe BPCE Executive Management Committee shall comprise the following members: After graduating from Sciences Po Paris and obtaining a Master in Human Resources from Paris Dauphine University, Béatrice Lafaurie began her career in human resources in the Crédit Agricole Group’s life insurance subsidiary, Prédica. She subsequently joined the Human Resources department of the Caisse d’Epargne Group before moving to Crédit Foncier as Head of Human Resources until 2007. Catherine Halberstadt holds a business school diploma, a chartered accounting diploma and a bachelor’s degree in law. She also studied for an MBA at the University of Kansas.

In January 2016, she was appointed to the Groupe BPCE Management Board as Head of Human Resources and Group Internal Communications, and General Secretary of BPCE SA. 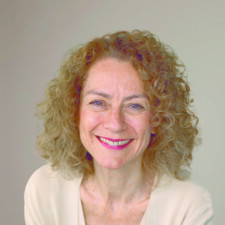 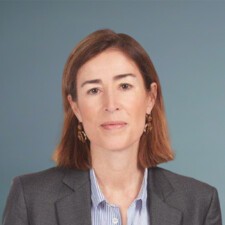 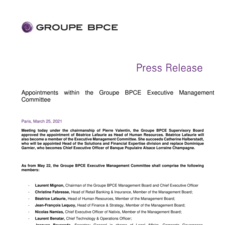